What Didn’t Kill Us: Reflections From the CEO as We Approach Our 25th Anniversary Year - Kaivac, Inc.

What Didn’t Kill Us: Reflections From the CEO as We Approach Our 25th Anniversary Year

Next year will mark the 25th year since Kaivac was formed. Not many people know how Kaivac got its name. The second half of the word, vac, stands for vacuum recovery – a cornerstone feature on all Kaivac systems. While the true meaning of Kai is a guarded secret (even from me) several acronyms popped up that made it the obvious choice.

KAI is how we rock and roll. We try new things. We fail. And, when we fail, we fail forward. We face failure head on and learn something from it. We take these lessons and make lemonade out of the lemons.

There are a few stories that come to mind about failures that could have destroyed us but didn’t. There was the time in the early days that I electrocuted myself. I was cleaning in a locker room. There was a puddle on the floor, and – you can guess the rest. After that, every Kaivac system had a ground-fault circuit interrupter to protect the operator. We were the first company to use that for cleaning equipment, and the whole industry followed.

Another failure story was much more serious and stressful. Colorado State University bought 60 No-Touch Cleaning® machines in 2002. It was a big deal. We felt so proud. Then I got a call from the facilities director, and he said, “Way to go, Kaivac. You blinded one of our janitors last night.” My insides sank.

All the wonderful things we thought we were doing for the janitor, and someone got hurt. We love janitors, and we wanted to help them, not see them injured. We didn’t know what happened. I started calling regularly. The janitor was in the hospital, getting better. Two weeks later, he was okay – fully recovered.

It turned out that a defective O-ring caused the accident. The liquid flowed back into the bottle leading to a buildup of pressure, and the janitor was sprayed in the eyes. An O-ring can malfunction. We redesigned to try to prevent injury in the event of a future malfunction. I located a metering cap tip with a stopper valve that prevented backflow into the bottle, and we put it onto all our bottle caps. It worked. Since then, everyone else in the industry who had a bottle copied us. That near-miss became a standardized safety feature.

Months later, I visited Colorado and met the janitor who had been injured. He gave me a hug and told me that he loved the machine. A scary experience that turned into another opportunity to make lemonade.

You live and you learn from these things. We’re here to do good. So, when we miss the mark, we must face it head on. Another acronym helps us in situations like this – FIGS. If KAI is how we rock and roll, then FIGS is our heart. It’s how we stay true to our values during tough times.

F – The first shall be last, and last shall be first. We don’t get too big for our britches. We’re all in the same boat, CEO to janitor.

I – Integrity and honesty. We know that the truth sets us free. We deal with the truth and are honest about our failures.

G – The Golden Rule. We do unto others as we would have them do unto us.

S – A servant’s heart. We help. We’re going to win by being the best at helping our customers.

Twenty-five years passed quickly and slowly at the same time. They say the years go fast, but the days go slow. I’m excited for what the next quarter-century will bring for Kaivac. Through that change, I know that our values will stand the test of time. Now, go forward and Keep At It. 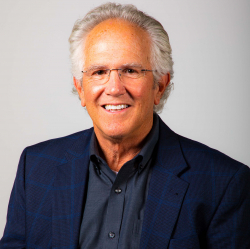