The A, B and C of Cleaning Correctional Facility Showers | Kaivac, Inc.

The A, B and C of Cleaning Correctional Facility Showers

John Fuller is a ‘prison coach.’   When Martha Stewart went to prison in 2004, she consulted with Fuller on what to expect, how to work with fellow inmates and staff, and all the do’s and don’ts of prison life that most inmates must learn on their own. The goal, of course, was to make her five-month stay as smooth going as possible. Along with working with other celebrities and well-heeled people on their way for weeks if not years in a correctional facility, he has written a book, A Day in Prison.1 The book describes what it can be like for a first-time inmate in prison, based on his experience working with inmates in correctional facilities for several years.   The book covers a multitude of items about prison life, but the one we are most concerned about here is his discussion of the shower areas. According to Fuller, cleaning and sanitation of the shower areas can vary significantly in correctional facilities. This is due to who is cleaning them; the age of the facility; how often they are used; cleaning products selected; and of course, the number of inmates using the showers on a daily basis.   As someone who also writes for the professional cleaning industry, what I have learned is that when cleaning varies as much as Fuller says it can in correctional facility showers, it is often the result of poor custodial training or the lack of adequate cleaning tools and equipment.  This has been a problem for decades throughout the professional cleaning industry, so to see it showing up in correctional facilities is no surprise. To address this, ISSA, the worldwide association for the professional cleaning industry, as well as other organizations have established training programs that teach cleaning workers a set of ‘best practices’ when it comes to performing most all cleaning tasks.   The significant benefit here is that the training helps create standards, ensuring that cleaning tasks are performed the same way every time. However, only a small percentage of cleaning workers in the US have had the opportunity to enroll in such training programs.  As a result, some manufacturers of professional cleaning equipment have taken steps to pick up the slack. For instance, at least one manufacturer now provides monitors on their cleaning equipment, often referred to as ‘tutors,’ so that cleaning workers can watch videos on how to perform certain cleaning tasks.  With such systems, they can play a video; pause the video; then practice what they have just been taught. Another option is to select automated cleaning systems that essentially take over the job.  No, we are not talking about robots or any type of Internet of Things (IoT) cleaning system. Someone still must be at the helm. But these systems, often referred to as no-touch cleaning systems, simplify the process to such an extent, it helps eliminate the big problem of ‘variance’ when it comes to cleaning.  In so doing, a set of cleaning standards and best practices are established in the process. While this technology is now available from a few manufacturers, to get a better understanding of how it works, I turned to Matt Morrison with Kaivac, the company that developed the technology two decades ago.  According to Morrison, when it comes to cleaning correctional facility showers, no-touch offers an A, B, and C approach to cleaning.  Here is what he is referring to: A. The machine Applies cleaning solution to all areas to be cleaned; along with floors, fixtures, and surrounding walls, those in charge of cleaning should use the machine to apply the cleaning solution as high up the shower walls as possible. Correctional shower areas are often very humid.  Moisture along with soil makes for bacteria and disease-causing pathogens to develop in these elevated areas.  B. Once the cleaning solution has been applied to all areas, these same areas are Blasted with pure water. This is one of the most critical steps and to explain it, we use another acronym, TACT. Cleaning is made up of Temperature, Agitation, Chemical action, and Time. These four fundamentals determine the effectiveness of cleaning.  The Blasting of surface areas with pure water provides the agitation necessary to loosen and remove soils. C. C stands for Clean, but we are not quite there yet.  While it is not true of all manufacturers making such cleaning systems, Morrison says that with the Kaivac system, the last step in the cleaning process is vacuuming up any remaining moisture, pathogens, and bacteria that have not drained down floor drains.  ‘If all three steps have been performed correctly, the shower area is now Clean,’ he says.

So, what’s our takeaway?

Many correctional facilities lack the resources to train inmates on the best practices of professional cleaning.  Because Fuller says cleaning can vary in these facilities, especially in the shower areas, and administrators typically want to maintain cleaning standards in their facilities, they need to consider other options.  This A, B, C cleaning process looks to me like one that should be investigated further.    Robert Kravitz is a frequent writer for the corrections industry.  1 A Day in Prison: An Insider’s Guide to Life Behind Bars, by John Fuller and Holly Lorincz, published by Skyhorse Publishing, July 2017 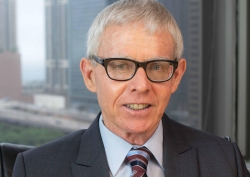 Robert Kravitz
Robert Kravitz is a former building service contractor, having owned, operated, and then sold three contract cleaning companies in Northern California.He is the author of two books about the industry and continues to be a frequent writer for the industry. Robert is now president of AlturaSolutions Communications, which provides communications and marketing services for organizations in the professional cleaning and building industries.

Latest posts by Robert Kravitz (see all)
We use cookies on our website to give you the most relevant experience by remembering your preferences and repeat visits. By clicking “Accept”, you consent to the use of ALL the cookies.
Do not sell my personal information.
Cookie SettingsAccept
Manage consent

This website uses cookies to improve your experience while you navigate through the website. Out of these, the cookies that are categorized as necessary are stored on your browser as they are essential for the working of basic functionalities of the website. We also use third-party cookies that help us analyze and understand how you use this website. These cookies will be stored in your browser only with your consent. You also have the option to opt-out of these cookies. But opting out of some of these cookies may affect your browsing experience.
Necessary Always Enabled

Performance cookies are used to understand and analyze the key performance indexes of the website which helps in delivering a better user experience for the visitors.

Analytical cookies are used to understand how visitors interact with the website. These cookies help provide information on metrics the number of visitors, bounce rate, traffic source, etc.

Advertisement cookies are used to provide visitors with relevant ads and marketing campaigns. These cookies track visitors across websites and collect information to provide customized ads.

Other uncategorized cookies are those that are being analyzed and have not been classified into a category as yet.